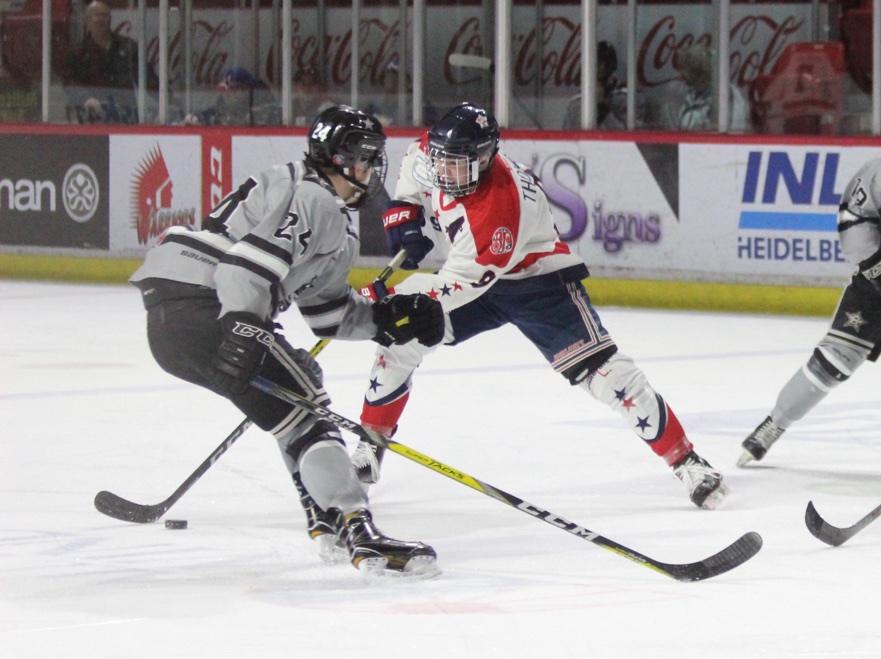 On Thursday, November 8, the Moose Jaw Generals (SMAAAHL) will honour Evan Thomas by retiring his #9 jersey.

From Saskatoon, Evan played in 63 games for the General from 2015 to 2017 and had 27 goals, 26 assists, and 53 points.  Before joining the Generals he played for the Saskatoon Blazers in 2014-2015, earlier this season the Blazers retired his jersey.

Evan’s parents, Scott and Laurie, will be at Mosaic Place on Thursday to be a part of the jersey retirement ceremony which will take place before the Generals game against the Notre Dame Argos at 7pm at Mosaic Place.